The internet, instant messaging and social media has drastically altered the way we communicate. Humans are social creatures and we need frequent interaction with others to grow, learn and survive our environments. As children, our parents (or at least The Green Cross Code Man) told us how to navigate roads safely in the same way that Neanderthal Man would have communicated to his offspring what berries were safe to eat or what areas of the plains were safe to forage.
As mentioned in Anti-Social Media Part 2, we also seek validation for our experiences: Well done for getting 10/10 on your spellings! Your holiday to Morocco looked amazing! That expensive latte looks nice…
Never before have we needed to rush out into the street and jam our Rose Latte under a stranger’s nose and shout, “I’m about to drink this, tell me what you think about it!”
If you’d have taken a Polaroid of your Steak and Ribs dinner and taken it round to a friend’s and said, “Hey I ate this 5 days ago!” He would have looked at you as if you were bonkers.
This is something we do a lot – we share and then we over-share and we keep on doing it. A few years ago, I showed my Dad a photo of a meal I’d eaten in Thailand and said, “How about that?”
My Dad, well into his 80s, looked at it and then at me and then went into the kitchen. He came back and held something up at me. “Look,” he said, “Some cheese.”
Then he shrugged.
He had made a good point – my Dad has a habit of seeing things for what they are. We photograph and communicate so much; some of it is important, a lot of it is unimportant, and a lot of it is important only to us. My least favourite internet day is ‘Back to School Day’ – proud parents take photographs of their children in their school uniforms and post it online for all to see.

Firstly, a hard truth: no one is as interested in your children as you are. Literally… no one.

You believe people are heavily invested in Mary’s new bottle green tunic or how tall Simon is now, but actually, measured alongside the grand scheme of things, people aren’t so bothered. A little like Instagram selfies, your friends make will positive comments because they are supposed to and they feel they should do, even it’s only clicking ‘like’. Even the like button has become devalued. In the early days of Facebook, people would demonstrate that they actually liked your photo by indicating just that very thing – nowadays, people will scroll through and click like for everything: a like for like’s sake (not too dissimilar to the LOL).

The second reason I dislike the ‘BTS’ day is internet safety. Everyone says, “It’s okay, my Facebook is 100% private – no one can get in or view my profile other than family or friends so posting photos of my kids is completely fine.”
It probably is fine… but for the most part; but we know, or at least we should know, that nothing is 100% private.
When I was teaching, on the back of ‘Internet Safety Day’ I would often said to parents, “Would you take your children into the town centre and parade them around and say, ‘This is Ruby she’s 11, she goes to this school and lives at this address. She walks home on her own and this is the route she takes. She’s late home on Thursdays because she goes to football club.’”
Of course, the answer is NO, of course not!

For instance, a school uniform will tell me what school she goes to. A search of that school will tell me what time it starts, after school clubs and what time it finishes. A photo outside her home will give me her address. Google maps will tell me the most likely route she will take home. Further searches will reveal her friends and brothers and sisters – some of them will have public Instagram accounts, Facebook accounts, Twitch accounts, YouTube accounts, WhatsApp accounts, QQ accounts, WeChat accounts, QZone accounts, Tumblr, Viber, Line, Snapchat, Reddit, Foursquare, Snapfish, Vine or TikTok (formally Musical.ly, which half of my Year 5 class were using without their parents’ knowledge).

Our need for validation through oversharing can lead to some potentially worrying outcomes. Validation, of course doesn’t just relate to needing people to tell us how good things are, they can be used to garner sympathy too. Over the past few years we have noticed a huge rise in something known as cyber sharing or ‘Sadfishing’.
Sadfishing (it’s even in the Cambridge dictionary now) is defined as the practice of writing about one’s unhappiness or emotional problems on social media, especially in a vague way, in order to attract attention and sympathetic responses. The term sadfishing is, in itself, unhelpful at best but has become yet another recent internet phenomenon.

Last year Digital Awareness UK (DAUK), following research released that sadfishing was becoming a very real problem. Interviews with over 50,000 UK children (11-16) concluded that it is prevalent online and has negative effects.
Attributed, initially, to the ‘celeb culture’ and ‘influencers’, people in the public eye would crave attention (good or bad) and post emotional statements to garner sympathy, comments, likes or publicity – because, no publicity is bad publicity. Instagram influencers and celebrities such as Justin Bieber and Kendall Jenner are masters of this, commenting regularly on their mental health and daily struggles.

Kris Jenner, for example, posted in 2018 that a ‘raw and personal’ announcement was coming from Kendall Jenner. Under an Instagram post of Kendall looking earnest and with little make-up, Kris Jenner had written:
“I’m so proud of my darling @KendallJenner for being so brave and vulnerable. Seeing you share your most raw story in order to make a positive impact for so many people and help foster a positive dialogue is a testament to the incredible woman you’ve become.”
“Make sure to watch Kendall’s Twitter on Sunday night to find out what I’m talking about and prepare to be moved.”
It turned out to be a precursor to an ad campaign for skincare. An ad campaign. The Jenners had sadfished us.

This is a classic example of Sadfishing.

Of course, this is a great response from friends and family and there is nothing wrong with that, at all – they were concerned enough to message and that’s a hugely useful trait. I never post emotional content so reading that I was ‘done with it’, must have been a bit disconcerting for some and, admittedly, I did feel a little mean for deceiving people but it’s science baby! and served to prove a valuable point. (I did thank and apologise to everyone separately, by the way).

Whereas my foray into Sadfishing was a fake cry for help, what we are seeing is more and more people – not just young people and children – posting these sorts of statements. The main problem is that if someone is posting for attention, whether genuine or not, may find that this backfires in different ways:

Someone who continually posts vague and emotional content (including memes) will find that, eventually, less and less people respond. Online followers will start to roll their eyes, lose empathy or think that this person is ‘whining’ again – the milk of human kindness starts to run dry.
This lack of attention starts to create a whole new problem – the person posting will start to believe that nobody cares – the evidence is there. This, in itself, can start to fuel low mood, anxiety and low self-esteem. It is possible to make yourself ill from faking, exaggerating or over-posting such emotional content and relying on the attention – it becomes addictive! A follower of mine would frequently post I am fat / I am ugly memes on Instagram – a mocked up picture of a pig in a bikini with the headline Me ready for summer! Initially, people would comment, ’Oh, you’re not fat!’, ‘Keep plugging away at the gym!’, ‘I saw you the other day and you looked great!’, or simply, ‘Don’t be silly!!’ – now these posts garner almost no comment.
Finally, when or if this person DOES start to have a problem – no one will believe them. It’s the psychological version of the ‘boy who cried wolf’.
The other problem is that the more that people do this, the spotlight is taken off the people who really DO need to talk to someone. For some, posting a ‘help me’ message online is the first step to seeking help, a red flag to let us know that they are not okay – but how can we help that person if we have to wade through 30 other messages all calling for the same attention or reassurance.
DAUK discovered that a further problem that pupils experienced was that those who did post their worries online were often ridiculed and bullied over sadfishing claims. This in turn would exacerbate their mental health problems. Justin Bieber posted on social media about his mental health struggles and was met by a very mixed bag of responses, including accusations of sadfishing.
Another very real problem that could surface from seeking a sympathetic digital ear is that online groomers can use such comments to attempt to connect with young people to gain their trust. The DAUK reported one case of a teenage girl who began a relationship with someone much older than he claimed to be after posting about her depression online and receiving ‘support’ from him.

The concept of online sadfishing can draw parallels with general attention seeking (whether rightly or wrongly, we must remember that seeking attention for something is not always a negative behaviour), which can be associated with low self-esteem, loneliness, narcissism or Machiavellianism, which is a desire to manipulate people. As a result, continued sadfishing, could indeed be a sign of a deeper psychological issue.

This certainly isn’t meant to discourage people from asking for help – that is a vital step in getting better – but posting about your mental health struggles on social media platforms may mean that you may not receive the responses you want. We need to think before we declare our most vulnerable thoughts and feelings to the whole world – how many people do I need or want to know about this?

To highlight this, some of the comments made on my fake post told me to, ‘Go for a beer’, ‘Are you going to shave?’, ‘Stop attention seeking’ and ‘I think you need another holiday’. It was interesting to note that the ‘attention seeking’ comment garnered 6 likes / laughing emojis and the ‘are you going to shave’, 4 likes. These were people who hadn’t contacted me but chose to find humour in other people’s replies. This is a perfect example of the ‘sadfisher’ not gaining the responses he wanted (however, in all actuality it was exactly the response I wanted for this blog). In all fairness these people know me relatively well so may well have seen through the ruse, but it was still interesting to note this reaction to a potentially emotive statement.

Despite the problems of sadfishing / attention seeking or cries for help (genuine or not) and in conclusion, there is no definitive way of telling, online, whether someone is in crisis so experts have stated that alarming posts should be taken seriously. Lindsey Giller, PsyD, a clinical psychologist states that it is hard to tell whether someone is looking for support or just attention, since social media doesn’t provide the context that in-person interactions do. And psychologist, Keely Kolmes, PsyD, also reports similar findings: “It can be tricky to read too much into a person’s social media postings since people may often vent or post messages with a particular audience (or individual) in mind.”
If in doubt, talk it out.

For more information on this check out: https://www.digitalawarenessuk.com/ 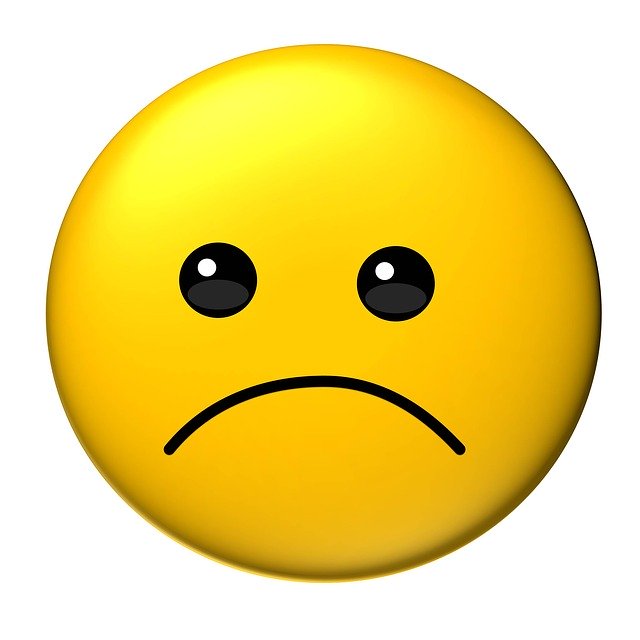