Something that often pops up while I’m waiting for Family Guy to start on TV is the Internet Matters advert which interviews parents about their internet knowledge. It’s always a forehead slapping moment when you hear some of the comments made:

The gleeful Mum: “I’m not up to speed on parental controls.” (Why?)
The smiling Dad: “Kids don’t like you taking their phones’ we’ve tried that before.” (Which one of you in the parent here?)
The slightly perturbed parents: Mum, “Do we have anything that restricts what they watch?”
Dad, “No.”
Mum looking thoughtful, “Hmmm, maybe we should get that…” (Yes, yes you should).
Or the classic: “I do follow them on social media sites.”
To which Dad grins, “Until you get blocked.”
“Until I get blocked,” Mum echoes with a good-natured laugh. (Yeah, let’s not ask the kids why they’ve done that…)

I can’t help but cringe at these adverts. The comments, made by real parents, are a useful indicator of the level of knowledge about the internet these days and it’s not great. Having spoken to many parents about internet safety, the most frequent comment I hear is, “Oh I know nothing about the internet!”
Now substitute the word ‘internet’ for ‘running across a busy road without looking’ or ‘poisons’ or ‘running with scissors’.
Whether we like it or not, we must learn how to ensure that our children are safe online.

The questions I like to ask parents are, why are you letting your children dictate their use of devices and access to the internet and why are they blocking you?
If you’re at work, having a 3-way conversation with 2 colleagues and suddenly one of them stops talking and steers the other person away, out of the room and closes the door behind them to have a private conversation – isn’t that a little odd? Obviously, there are loads of genuine reasons for this, but it would still get you thinking.
When children hide their conversations there are also reasons. Of course, children should have their own space, their privacy and their chance to talk trash with their friends – we all did the same. Most of the time this is purely innocent, it gives the kids an outlet to talk freely and whinge about what terrible and boring people their parents are. My son once uploaded a scathing attack on being stuck with a bunch of boring losers, whilst at a large family birthday BBQ – unfortunately (and hilariously) he posted it to the wrong Facebook account so everyone got to see it. Brilliant.
The other side of why children may block you or seek to hide their conversations may be much darker. A simple conversation with them about why you want to keep an eye on them is useful – you can explain you’re not snooping, not monitoring their every move online, not going to embarrass them online for swearing, but you want to make sure they are safe.
Perhaps your son has hidden his profile from you because he’s being bullied… perhaps it’s something worse.
This is fine for things you can see but what about private messaging and what if that private messaging is designed specifically to ensure that you can never see it?

If you thought it was tough ensuring your kids are safe online before – it’s about to get much harder thanks to new decisions by tech companies.

What are encrypted messages? Something that pops up in every spy film you’ve ever seen are ‘encrypted messages’. Encrypted messaging prevents anyone from monitoring your text conversations and 99% of the time this is a good thing! Typically, online shopping, banking and other forms of personal data sent electronically are encrypted – this means people can’t intercept it and read and use your data. In a world where the most valuable resource is personal data, encryption has also become a perfect way to hide criminal activity, there’s a reason drug cartels don’t send letters via the Royal Mail.
More and more messenger services are using end-to-end encryption which means the only 2 people who can read the message are the sender and the recipient. In principle, it prevents potential eavesdroppers – including telecom providers, Internet providers (such as BT, Vodafone and SKY), and even the provider of the communication service (such as the guys who run WhatsApp, the most popular messaging app in the world) – from being able to access the cryptographic keys needed to decrypt the conversation. Again, in most cases this is good – a largely impenetrable bank vault for your messages. However…
The children’s commissioner for England has warned that end-to-end encryption is putting children at risk of abuse, as a survey finds that most eight-year-olds are using messaging apps supposedly restricted to those aged 13 or older.
In a report published on Tuesday, Anne Longfield said plans by social media firms to widen the use of encrypted messaging would make it impossible for platforms to monitor content.
It is argued that such technology, which keeps messaging hidden from anyone who is not a participant in a conversation, could stop police from gathering crucial evidence of child sexual exploitation.
The report, Access Denied: How End-to-end Encryption Threatens Children’s Safety Online, says: “The privacy of direct messaging platforms can conceal some of the most heinous crimes against children, including grooming, exploitation and the sharing of child sexual abuse material.”

A survey undertaken for the report revealed that nine out of 10 children are using messaging apps and websites such as WhatsApp, which has a minimum age of 16 in the UK, and Facebook’s Messenger app, which has a minimum age of 13. It also found that three out of five eight-year-olds and 90% of 12-year-olds use the apps despite restrictions that are meant to limit their use to those aged 13 and older, with many of them claiming to be older than they are.
The survey also found that one in six girls aged between 14 and 17 said they had received distressing private messages from strangers, while one in 20 children said they had shared videos or photos of themselves with people they have never met.
There have been recent warnings from the National Crime Agency and the Home Office that end-to-end encryption could facilitate child abuse.

And Kik (Android, iOS: Free) – whilst not fully encrypted, at the moment, doesn’t even require you to put in a phone number – the sender could be ANYONE. Kik, have stated that all messages that go through their servers are instantly deleted by them and are untraceable… seems pretty safe, doesn’t it?

We have to look at the reasons why some children may be going out of their way to ensure that their conversations are completely unreadable, completely untraceable and completely irretrievable.
We don’t need to be worried, just watchful. 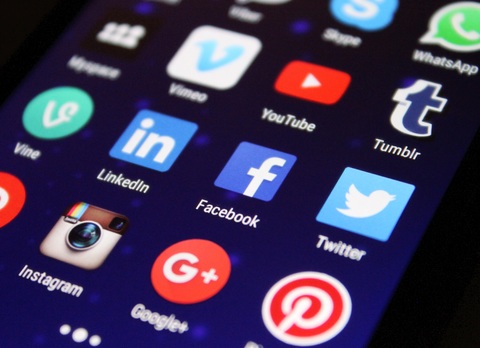