What we do and say directly influences our children’s behaviour

Have you ever had someone describe a complex task to you and then leave you to just get on with it?  Tricky isn’t it?

Is it easier if someone shows you directly how to carry out this complicated task?

You can see how an expert carries out the task, see the techniques you can employ and use your visual memory to replay that in your mind to help you complete it.  This is why, ‘How To…’ videos on YouTube work so well.

This is called observational learning (learning by watching) – this also explains how I can now tie a Windsor Knot and wire a plug.

In your child’s eyes YOU are the expert – hold that thought for a bit.

During this experiment, group of children aged between 3-6 years old were divided into 3 groups of 24.

Group A watched an adult enter a room full of toys. She immediately grabs a Bobo Doll (an inflatable clown figure) and modelled aggressive behaviour: she starts to hit it, throw it and kick it around the room, shouting, “Pow! Boom!”

Group B watched the same adult enter the same room. This time she did not act aggressively at all but played in a quiet and subdued manner and ignored the Bobo Doll.

Group C were used as a control group and not exposed to any kind of modelling at all.

Then, one-by-one, the children were allowed into the toy room and their behaviour was observed.

The children from Group A acted aggressively towards the Bobo Doll, in many cases, upping the level of aggression and violence, using toy guns and other toys as weapons – this had not been modelled by the adult.

The children from Groups B and C showed no aggression towards the doll and played calmly and quietly.

This led Badura to recognise that children are led by example – what they see and hear can directly influence their behaviour.  He called this ‘Social Learning Theory’ – we learn from observing society around us. His work has been taken up by many other psychologists interested in the field of children’s behaviour.

Now let’s go back to the thought we held earlier in that you are the expert.

Modelling positive behaviours such as calmness, good manners, good eating habits and kindness will also be mirrored by your child.

Have you ever wondered when you shout at your child, why your child shouts back?

When we shout, slam doors, throw things in frustration, swear, smoke, act aggressively while driving, make disparaging comments – our children learn that behaviour by observing it.  They learn that this is the normal way to behave, they don’t see anything wrong because they are learning from the experts!

We don’t even have to direct that aggression at them, it just has to factor within their environment.

Of course, it’s not only our actions as parent that can influence their children – as a teacher I was often breaking up games that had gotten too rough in the playground by Primary-aged children copying Fortnite, PUBG, Call of Duty, violent films or things they had seen online.  (Future blog posts will cover the influence of aggressive media).

Children will learn from their peers too, from the age of 10 their friends will begin to influence their behaviour far more than you can; this is why positive parental role modelling is so important!

Be the expert in positive behaviour, be the hero and give them the best start you can.

Albert Bandura’s influential ‘Bobo Doll Experiment’ from 1961 can be seen at the link here: 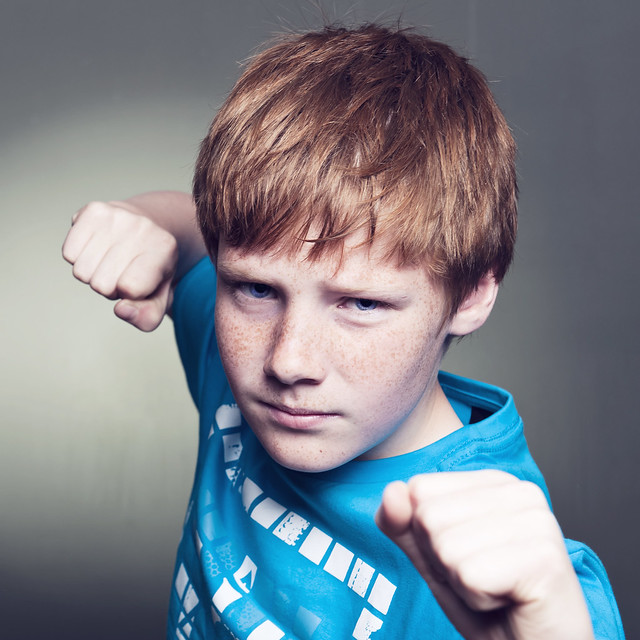