Thirteen and a dog go mad in Maidencombe…

Well not mad exactly, but we weren’t too pleased to find that the lovely Thatched Tavern pub near the beach was closed due to fire damage and the only other toilets near the beach were closed, as the hand-written sign scrawled on the door in marker pen said, ‘due to Council neglect.’

To begin at the beginning…

We met in the car park of Babbacombe Model Village on a bright Wednesday morn, dressed for a walk thorough bush and briar – apart from the one person (you know who you are) wearing flip flops, there’s always one… 🙂 Luckily some stouter footwear was available, so all suitably shod we set off past the golf course on a gently sloping path trusting our Sherpa Craig and his faithful hound Jet to ease us down to Maidencombe Beach. And down we went, and up, and down and round and up and up and even upper, admiring the trees as they engulfed us and the brambles and the nettles and nature in all its abundant glory and even an occasional glimpse of a far-off sea with the seagulls’ crying promise of a beach.

The Grand Old Duke Of York may have marched his men up and down, but they’d have mutinied if he’d tried to march them to Maidencombe from Babbacombe. So we went up, and we went down, and when we were up we thought of the Thatched Tavern awaiting us, a cheery glow in the fireside, a range of beers on tap, maybe even forgoing our sensible sandwiches in favour of some of their famed grub…and when we were down we had no idea where we were but the enveloping shrubbery was loverly.
Jet knew where he was going and we followed him attentively, every move copied…apart from when he met other canine chums coming the other way and stopped to sniff…well you know what dogs do, so we didn’t do that, but otherwise we dogged his pawprints doggedly.

And suddenly there was the crest of a small hill and one final slope and the Thatched Tavern sitting invitingly at the base with its welcoming sign displaying the words that every thirsty traveller dreads – ‘closed due to fire damage’.

But the picnic tables outside were still open, and Nat and Steph were there waiting to greet us, so we ate our sarnies and chatted and caught up with old colleagues and got to know new ones as the mild afternoon wore on to school collecting time…until it was time to go. Those who had driven there drove off again, with a few passengers needing to get to their cars (and possibly a toilet) more urgently going with them. The rest of us began the walk back …at least we knew where we were going this time!

I counted us all out, and I counted us all back again, and every brave traveller returned to the Model Village car park, and, incredibly, no one lost their car keys on the way. So back to reality we came, the thirteen and a dog, seasoned travellers all, old friends met, new ones made.
If you’re going to have a Team Meeting, that’s how you do it – but maybe next time a long walk along a flat beach…. 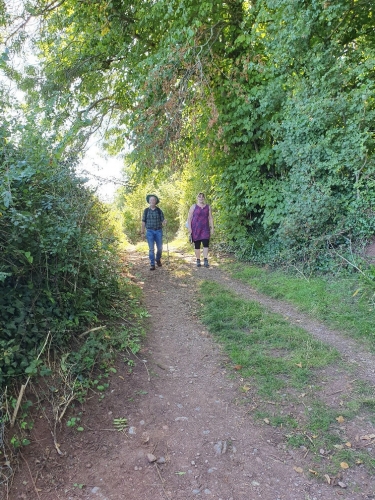 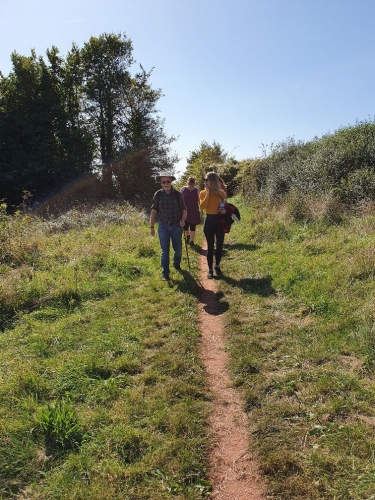 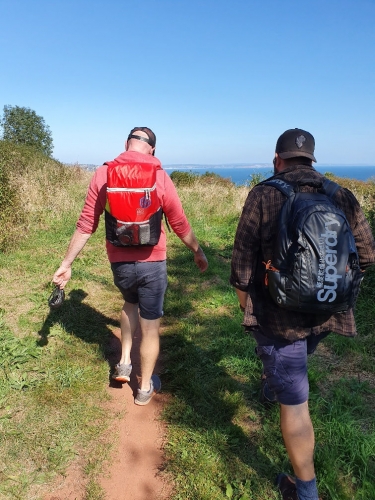 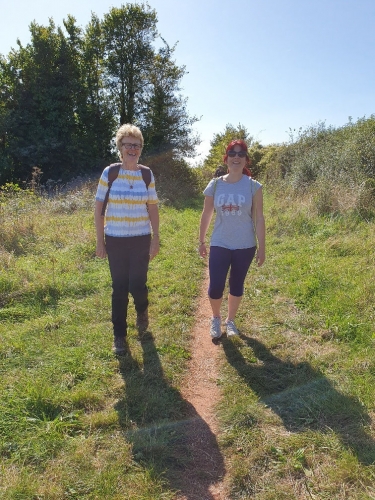 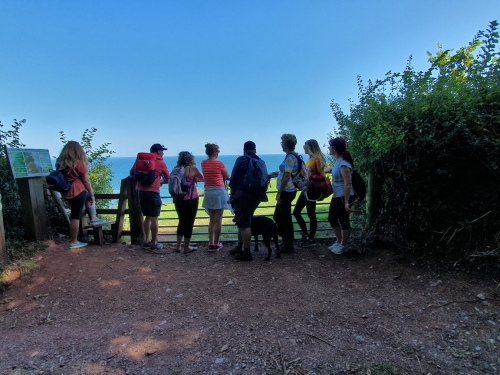 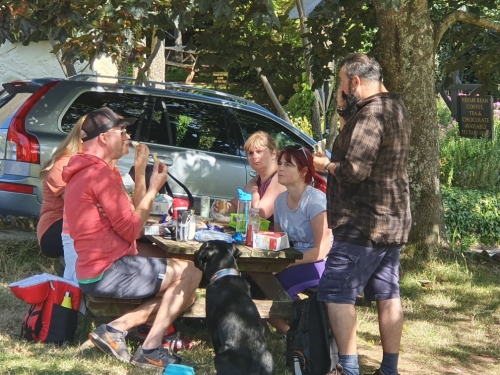 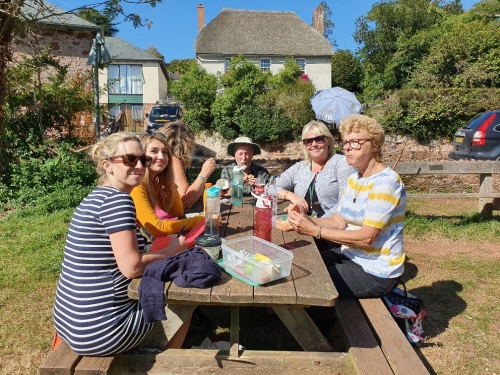 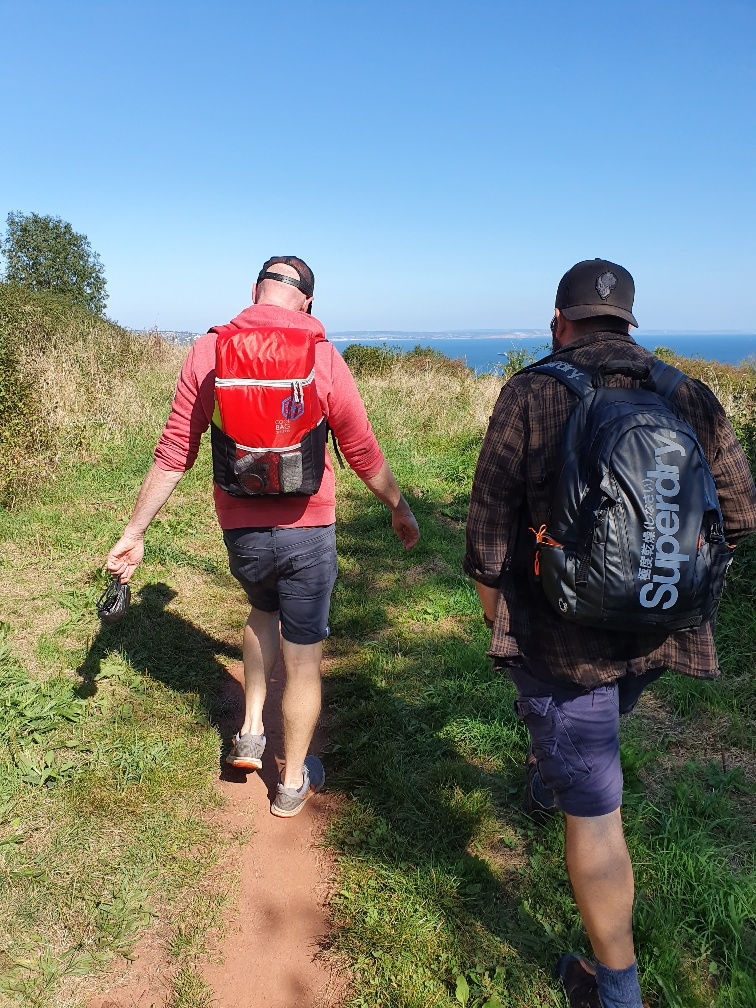